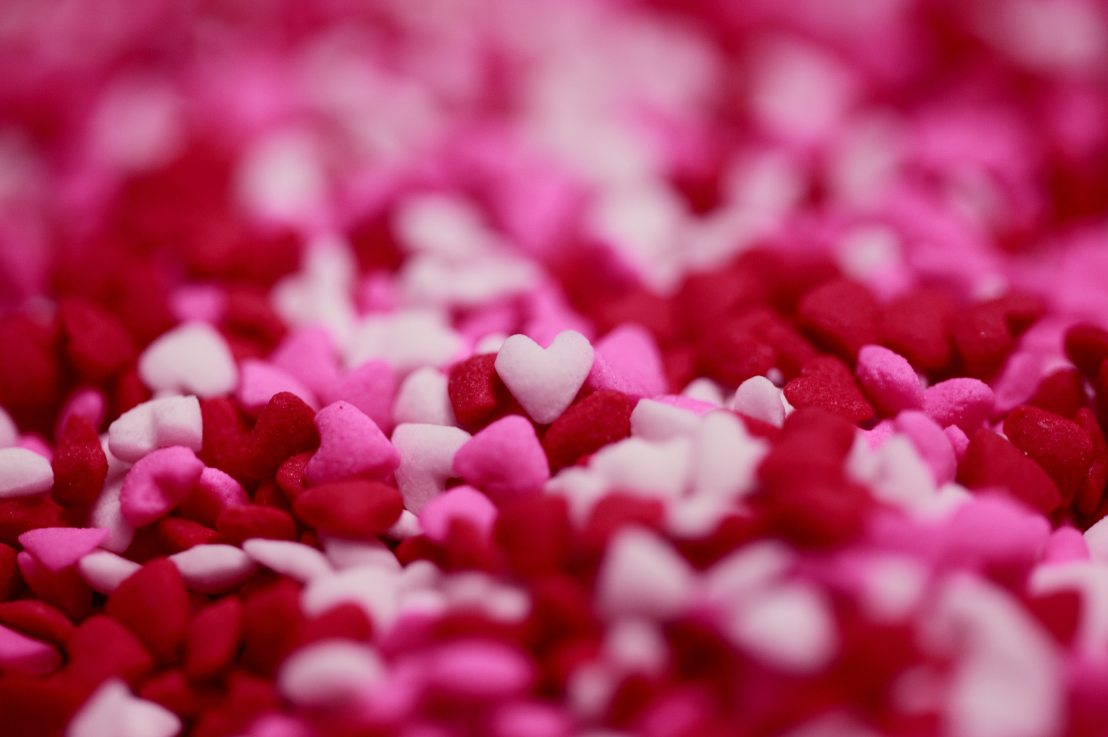 Happy Valentine’s Day! To all of those celebrating the holiday with your partners – I hope you have an amazing time. And if you’re one of those spending the day on your own (just like me! high five!) – I’ve got something for you! A list of interesting facts about Valentine’s Day. So treat yourself with some sweets, maybe a warm cup of delicious tea as well, sit comfortably, and – hopefully – enjoy this quick little read.

2. Saint Valentine of Rome is the patron saint of engaged couples, happy marriages and lovers, but also bee keepers, epilepsy, fainting and plague.

3. The day became associated with romantic love in the 14th century, when courtly love – a medieval European conception of love which emphasized chivalry and nobility – flourished. The day evolved into an occasion similar to our modern holiday in 18th-century England. On that day, lovers would express their affection to each other, exchange flowers, confectionery and cards, known as valentines.

4. Paper valentines became extremely popular in England in the early 19th century. So popular that they were mass-produced in factories. In 1835, 60,000 valentines were sent by post in the UK, despite postage being expensive.

5. 5 years later, in 1840, after postal reforms in England – which resulted in a decrease in postage prices – the number of valentines sent increased to 400,000.

6. For Valentine’s Day in 1868, Cadbury (a British chocolate company) created Fancy Boxes – decorated boxes of chocolates in the shape of a heart.

7. Currently, it is estimated that 190 million valentines are sent each year for Valentine’s Day in the US. Including cards exchanged at schools, the number is estimated to grow to 1 billion.

8. The only occasion with more cards exchanged than Valentine’s Day is Christmas.

9. The only day that beats Valentine’s Day in flower sales is Mother’s Day.

10. Signing a valentine was believed to bring bad luck in Victorian times. The tradition of not signing valentine cards survived to present times.

12. It is estimated that around 220,000 marriage proposals take place on Valentine’s Day in the US alone.

14. The sign ‘X‘, presently used to represent a kiss in written messages, has come a long way. Back in the days when illiteracy was far more common than the ability to write, documents were often signed with an ‘X’. That’s also how valentines were commonly signed in those days.

15. The El Paso Zoo in Texas announced an opportunity for people to buy a cockroach, name it after an ex, and then watch it be fed to a meerkat on Valentine’s Day.

Inspired by parakeet feathers I've been finding in the local park 🦜 The population of parakeets in London, originally started by escape pets a few decades ago, is now huge!
Another quilling birthday card - a flower bouquet 😊🌷
Another quilled card 💐🌺🌷
Finished, at last! Only took a few weeks of on and off motivation. And to think I bought it as a one evening activity plan... Underestimated this little thing, big time. It's now proudly decorating my living room wall 😊
Last days of the holiday break - back in my hometown. Saturday hiking in the mountains, grilling sausages and a visit to one of my favourite cafes. Then a Sunday trip to "Polish Maldives" in Jaworzno.
Recharging batteries in Makarska, Croatia 🌴