Continuing with the London Parks series, after Ruskin Park, West Ham Park and St James’s Park, I’m taking you to Regent’s Park and the nearby Primrose Hill. Located in central-north London, it’s one of the eight Royal Parks in London. It’s named after Prince Regent, who later become king George IV. It’s home to diverse flora and fauna, as well as the London Zoo.

I’m yet to visit the Zoo (I was waiting for spring/summer weather, but coronavirus happened first), but I have visited the Park on a few occasions. You can clearly see the royalty in this park. Majestic, carved stone features are one of its main characteristics. 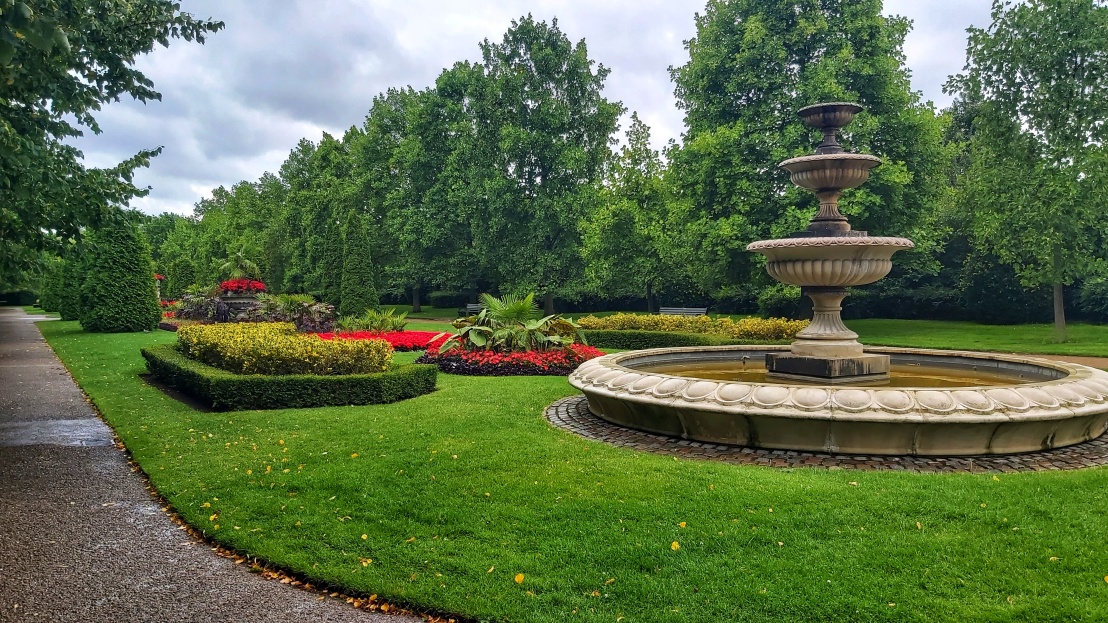 This Park would easily pass for a garden surrounding a palace, though there’s no palace in sight.

Like all London Parks, it’s full of colourful flowers in spectacular arrangements. Elephant made of plants? Look no more, you’ll find it in Regent’s Park.

There’s also wildlife in Regent’s Park. Ducks, geese, swans and squirrels, to name a few. By the way, if you walk to Regent’s Park from Baker Street, I highly recommend trying Baskin Robbins ice cream! 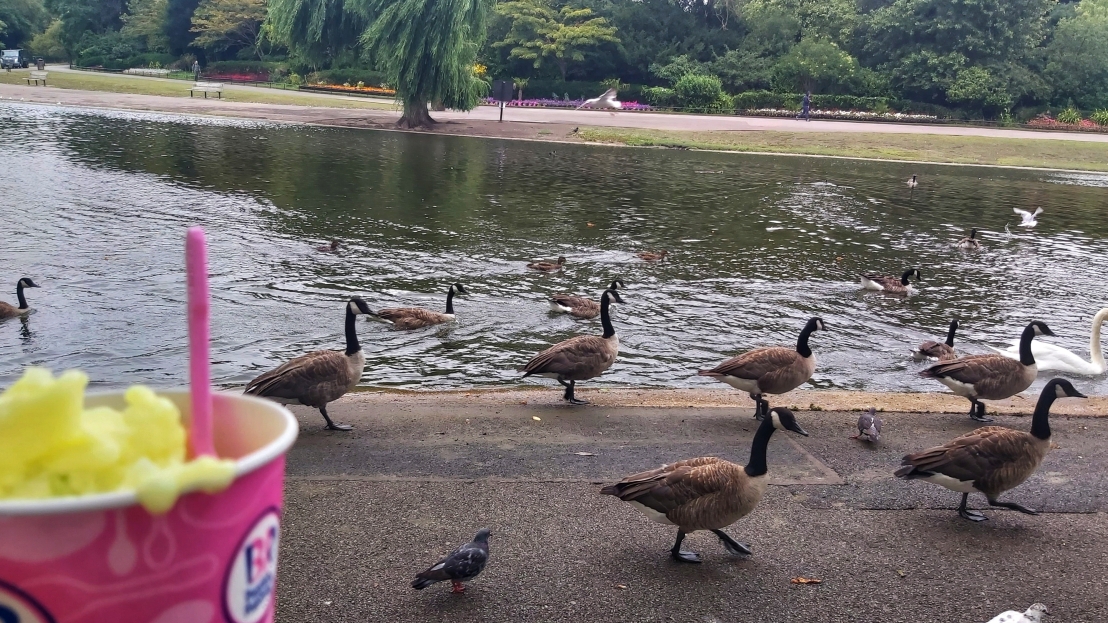 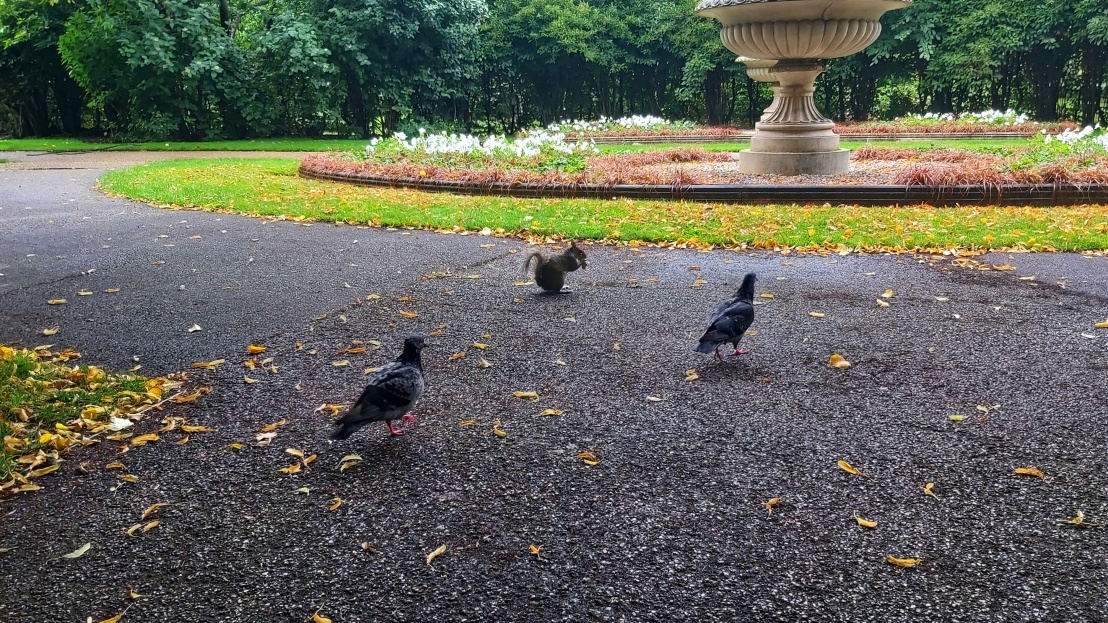 Something I didn’t realise before moving to London is how many canals there are. You can find them in places where you’d least expect them, and there are usually plenty of long, narrow boats parked on the side. The one below is on the way from Regent’s Park to Primrose Hill.

The nearby Primrose Hill is one of the best spots for photographing London skyline. A more skilled photographer with a camera better than a battered smartphone would take some spectacular pictures there, but even in mine you can see some of the most iconic London structures, if you know where to look: London Eye, the Shard or St Paul’s Cathedral. 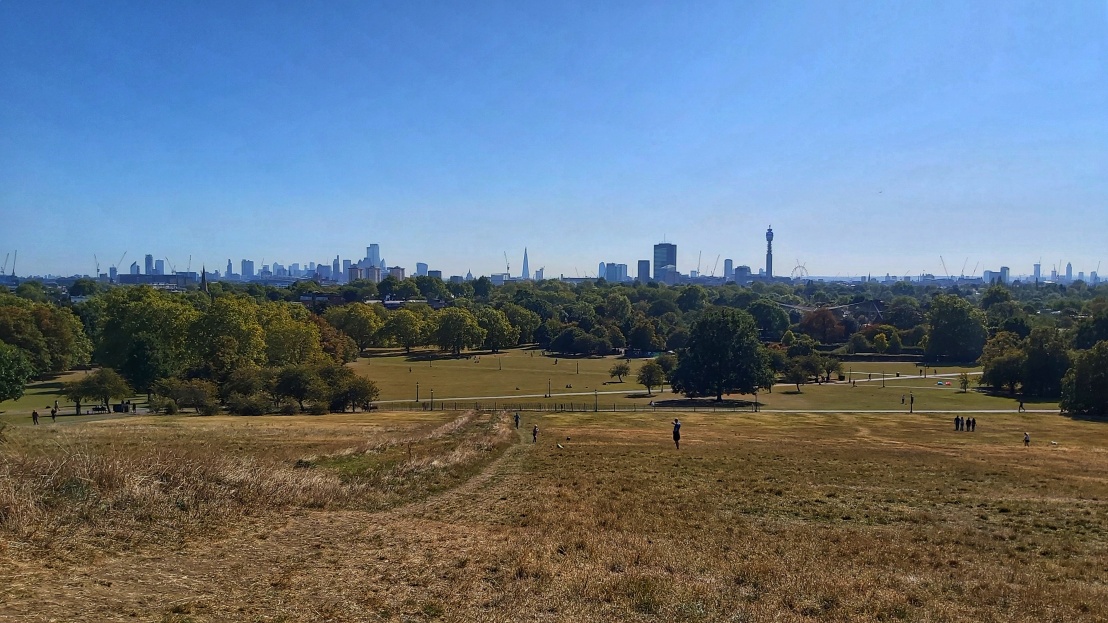 The residential area near the hill is something you may have seen amongst photos of the most iconic places in London. Many houses in this area are painted in pastel colours and look just stunning. Apparently, it’s popular among actors and celebrities, which is no surprise at all. Stunning, posh location in central London – who wouldn’t want to live there? Unfortunately, few can afford that luxury, as houses in Primrose Hill area sell for around £10,000,000. Yikes!

Check out my other UK adventures!

Another quilled card 💐🌺🌷
Finished, at last! Only took a few weeks of on and off motivation. And to think I bought it as a one evening activity plan... Underestimated this little thing, big time. It's now proudly decorating my living room wall 😊
Last days of the holiday break - back in my hometown. Saturday hiking in the mountains, grilling sausages and a visit to one of my favourite cafes. Then a Sunday trip to "Polish Maldives" in Jaworzno.
Recharging batteries in Makarska, Croatia 🌴
DIY botanical watercolour paintings - palm leaf and monstera leaf. 🌱🌿🎨
Violet quilling card - work in progress.